WILLIAM WESTNEY holds the B.A. from Queens College (N.Y.) and a performance doctorate from the Yale School of Music, all with highest academic distinctions.  He studied in Italy under a Fulbright grant.  The artist/teachers with whom he has worked include Leopold Mittman, Donald Currier, Paul Baumgartner, Claude Frank, Malcolm Frager and Jacob Lateiner. Performing credentials include top piano prize in the Geneva International Competition, top prize (and only American winner) in Radiotelevisione Italiana auditions, recitals at New York’s Lincoln Center as well as at international venues such as the U.K (London), Denmark, Iceland, Finland, Taiwan, France, Chile, China, Singapore and Korea, throughout Italy on a U.S. State Department tour, and on NPR’s “Performance Today,” appearances as concerto soloist with such orchestras as Houston Symphony, San Antonio Symphony and  l’Orchestre de la Suisse Romande, and solo recordings for Musical Heritage Society and CRI. The CRI recording, the first ever of music by futurist Leo Ornstein, was cited by Newsweek magazine as one of the “Ten Best American-Music Recordings” of the year.

Westney’s educational ideas continue to have a refreshing, invigorating impact on the musical world.  Widely in demand as a workshop leader (the trailblazing “Un-Master Class”), interdisciplinary lecturer, writer, and private consultant, he was awarded the prized Certificate of Merit from the Yale School of Music Alumni Association for his innovative work as an artist/teacher.  He has also received three special teaching honors at Texas Tech University – most notably the Chancellor’s Council Distinguished Teaching Award – where he recently retired as a Paul Whitfield Horn Distinguished Professor of Piano and the Browning Artist-in-Residence. The “Un-Master Class” was the subject of a featured New York Times article (1997), and has been held at such prominent centers as the Aspen School, Beijing Central Conservatory, Peabody Conservatory, Kennedy Center, Royal Conservatory (Toronto), Cleveland Institute, Tanglewood Institute, Royal College of Music (London), Universität für Musik und darstellende Kunst (Vienna), Royal Danish Academy of Music (Copenhagen), Sibelius Academy (Helsinki) and the Juilliard School.

He was named in 2005 to the roster of the Fulbright (Council for International Exchange of Scholars) “Senior Specialist” program, through which the U.S. government sends professors around the world for academic residencies. His first such assignment was in Seoul, Korea (November 2006). During 2009-10 he divided his time between the U.S. and Denmark, having been awarded the Hans Christian Andersen Guest Professorship at the University of Southern Denmark (Odense), an appointment for an interdisciplinary researcher. Westney was a charter member of the Transdisciplinary Research Academy at Texas Tech, participating in an experimental team project that integrated performance, philosophy, bio-mechanics and neuroscience.

Schirmer Performance Editions issued William Westney’s edition, and CD recording, of piano etudes by Stephen Heller in October 2005. A second release in this series, in November 2009, consists of the Etudes op. 109 by Friedrich Burgmüller, and a third, selected Lyric Pieces by Edvard Grieg, was issued in 2013. Amadeus Press published Westney’s first book, The Perfect Wrong Note, in Fall 2003 to widespread critical acclaim.  It has been published in Japanese and has sold over 40,000 copies worldwide, and is a “well-thought-out approach to music instruction to which many aspire, but which few attain” according to the Library Journal, and American Record Guide described it as “refreshing and rewarding.” Professional organizations in fields outside of music – such as photography and the culinary arts  – have also invited Westney to give presentations on the book’s themes regarding problem-solving, communication and creativity. In recognition of the contribution made by The Perfect Wrong Note to the field of music teaching, in 2012 Music Teachers National Association honored William Westney with the coveted “Frances Clark Keyboard Pedagogy Award.” 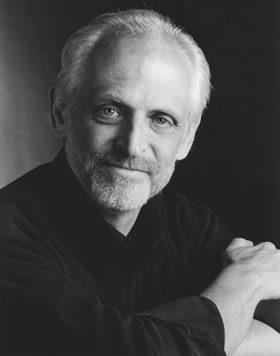